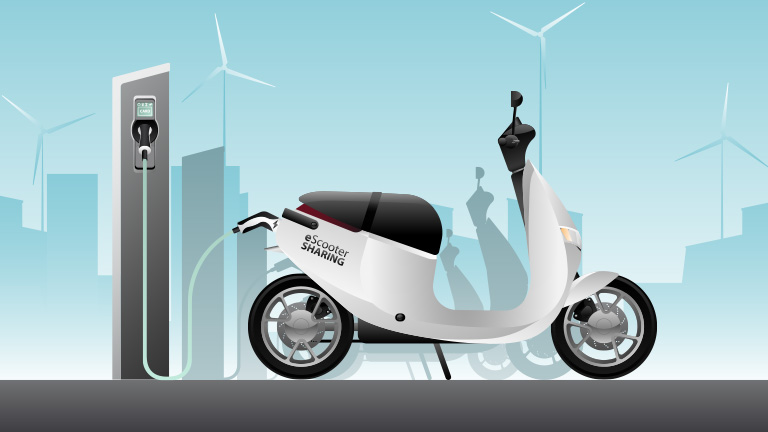 Electric vehicles are quickly gaining popularity altogether in automobiles segments. B2B giants within the relevant sectors are already investing tons of money on electric delivery bikes. However, electric vehicles only account for fewer than a 3rd of all on-road vehicles currently. This number is predicted to ascertain a drastic rise in the near future.

Although this seems to be excellent news, electric vehicles require a particular infrastructure to be the viable option within the future. Most of the massive cities today have infrastructures that support the conventional combustion engine (ICE) vehicles. And by means of the infrastructure, electric bikes need almost everything as normal- petrol bikes would require.

Since there are increasing preferences for the electric bikes there is definitely a future of electric vehicle charging stations business.

This causes an excellent deal of inconvenience for the users of electrical vehicles; particularly so considering the expected increase within the number of Electric Vehicle users. Multiple sorts of charging stations got to be developed which can be used alternatively.

The most popular sorts of charging stations are

Pune has 107 Shride’s charging stations for electric vehicles all over the city. And that makes it ease to roam around the city without being worried about any issue. Shride’s charging station for ebike is situated at a number of popular locations so that even if you wandering a little outside the main city you won’t have to worry about charging the bike and returning back to home.

In developing countries, Electric Vehicle network projects are far within the future as many parts of those countries haven't even been electrified.

In some countries, especially in Europe, governments have taken special initiatives for the event of electrical vehicle networks. The subsidies are offered by the Indian Government for the development of 5000 electric charging stations in multiple cities and on highways.

In other countries, private automobile makers are working in conjunction with the authorities for the event of electric vehicle infrastructure. Renault-Nissan Alliance and Tesla Motors are two such leading automobile companies. Tesla Motors currently operates the most important electric fast-charging network in Shanghai and has 50 charging stalls.

In developed countries, there's not much need for the event of the latest infrastructure. Since they need a well developed electrical grid system, the sole task is to suitably exploit the available resources. On the opposite hand, the scene is far different in developing countries. With complete electrification of those countries still pending, the likelihood of governmental initiatives to develop electric vehicle infrastructure is extremely faint.

So that the Government is taking part in electrification and supporting the fuel-free bikes, there is definitely the future of electric vehicle chargings, and electric vehicles charging stations are brighter than ever.

With the expansion in volumes, the value of fixing the charging infrastructure is now reducing. Encouraging home charging options also can become an answer to the matter of infrastructure temporarily. Fruitful collaborations between the govt. authorities and personal automobile manufacturers could also be the sole viable choice to develop the required infrastructure for the longer term.